Home » Where we work » Desert Cloud Forests in Yemen and Oman 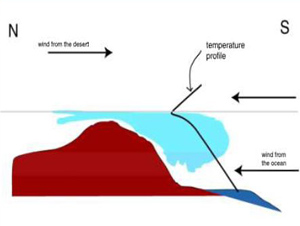 They are a remnant of the moist vegetation belt that once spread across the Arabain Pensinsula when the climate was generally wetter, and are host to precious biodiversity. They also represent a safety net for the local population who relies on these forests (kept alive by extracting water droplets from low-lying passing clouds) for wood collection and geazing land. However development pressure in terms of deforestation and uncontrolled grazing represents a serious risk.

APPROACH
This activity, put forward by the World Bank's Middle East and North Africa region in May 2010, proposed to:

1) improve understanding of the mechansims behind the unique environment of the Desert Cloud Forests in Yemen (Hawf region) and Oman (Dhofar region);

2) explore the dependency of the relationships and interactions between the local poor population and the forests both in terms of benefits and threats. Surveys and consultations would rely partly on the Poverty Forests Linkages Toolkit sponsored by PROFOR.

3) develop proposals for sustainable integrated forest management that would benefit both the Cloud Forests and the welfare of local communities that depend on them, keeping in mind climate uncertainties. Identification of these options will be based on the results of the scientific and field analyses mentioned above as well as best practices from outside the region.

RESULTS
Because political instability in Yemen prevented the team from conducting fieldwork, this activity was closed prematurely at the end of 2011. A report assessing the scientific background of the Desert Cloud Forests, which was prepared by Prof. Elfatih A. B. Eltahir (Professor at the Massachusetts Institute of Technology, MIT) under this PROFOR grant, is available in draft form on this web page.

The report concludes that an increase in animal population is degrading the natural ecosystem in many locations (camels browsing on tree canopies). As for climate change, the main hazard to the desert cloud forest of Oman and Yemen is the scenario of an upward shift in cloud cover and fog during summer; however, that scenario is very uncertain and increased cloud frequency is also a possibility.