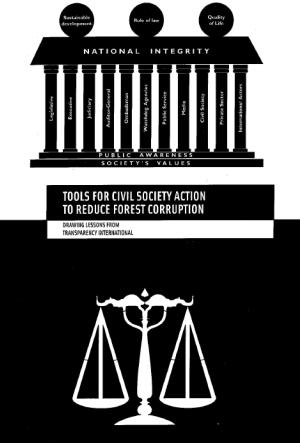 The forest sector badly needs functioning integrity systems. Corruption promotes illegal logging and trade, and illegal logging is a multi-billion-dollars-per-year problem for the world. Beyond the lost revenues, illegal logging is almost never sustainable. No one has ever quantified the environmental and social harm it causes worldwide.

Transparency International (TI), the world's leading organization in the fight against corruption, pioneered the National Integrity System (NIS) approach to combating corruption. NIS are built on a foundation of social values and public awareness, and rely on various pillars of society providing mutual accountability for corrupt behavior. The pillars include non-governmental actors such as the media and civil society and governmental actors such as the legislature, ombudsmen, and watchdog agencies.

This report -- prepared by Ken Rosenbaum of the Forest Integrity Network (FIN) and published in 2005 -- examines TI's approach to fighting corruption and whether this approach might be applicable to the forest sector. The report concludes that TI's approach to tackling corruption is a constructive and perhaps necessary addition to the fight against illegal logging.

Rosenbaum also carried out a thorough investigation of the TI Corruption Fighters' Toolkit identified tools and tactics from TI's corruption-fighting projects throughout the world to see what might be applied to the forest sector. The result is a straightforward presentation of more than two dozen such tools that could be used by civil society groups to reform forest sector corruption.