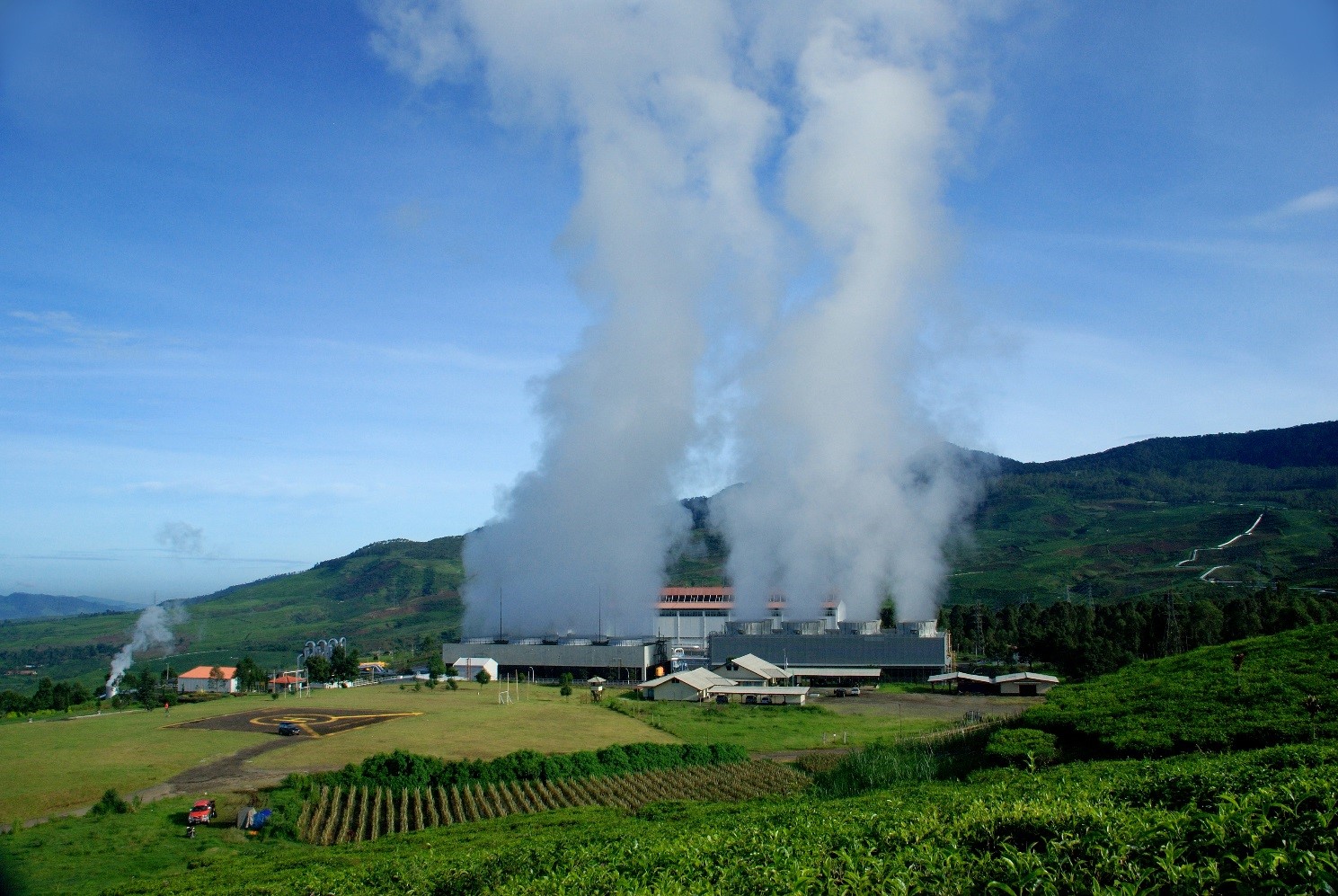 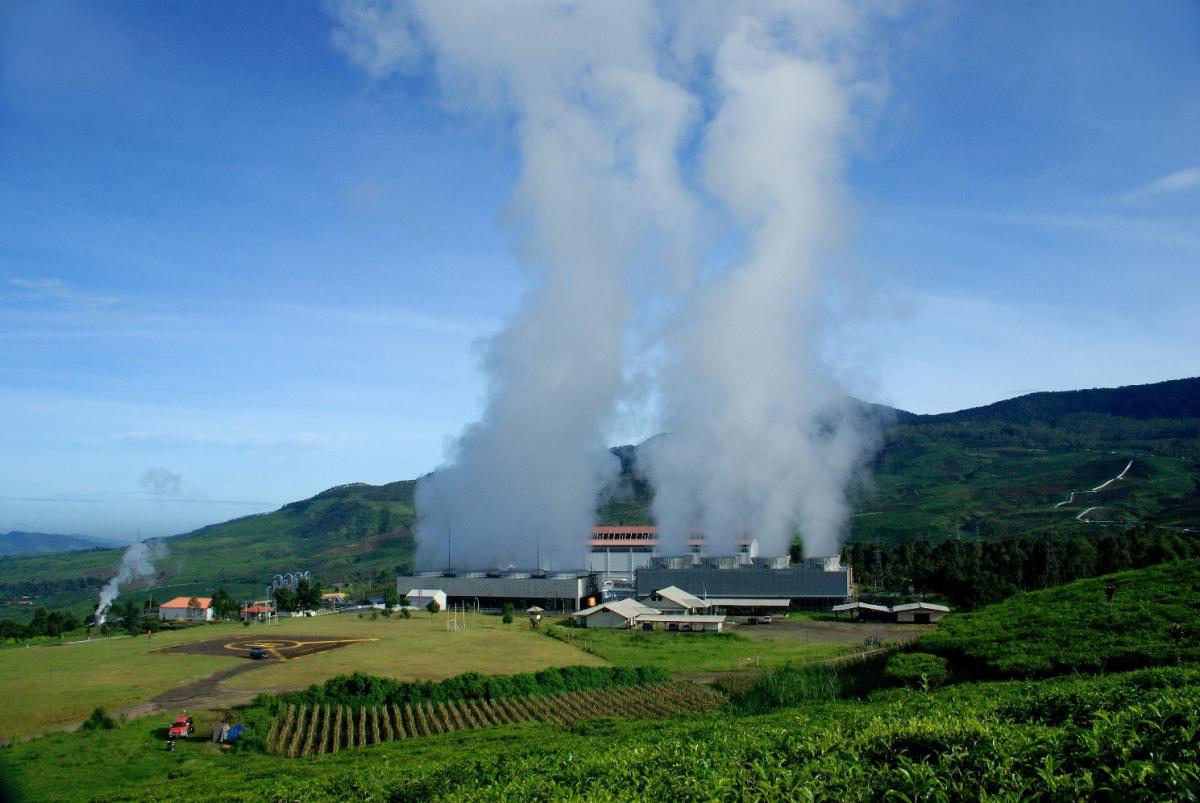 Geothermal resource is one of Indonesia’s largest potential sources of renewable energy with an estimated capacity of 29 gigawatts (GW) per year. The development of the geothermal power sector provides a significant opportunity to address Indonesia’s power shortages and extend access to electricity, especially in remote parts of the country, while supporting Indonesia’s target of producing 23% of its energy through new and renewable energy resources by 2025.
Unlocking Indonesia’s geothermal power potential, however, has been constrained by policy restrictions, implementation challenges, lack of capacity, environmental and social issues, permitting delays, a history of low energy pricing, and a lack of capital investment in exploration and project development. To address these many constraints, the Government of Indonesia has put major efforts into promoting geothermal development with initiatives such as the Roadmap of Geothermal Development 2012–2025 and a new policy, tariff and law in 2014. The new law, Geothermal Law No. 21, declassified geothermal energy as a mining activity allowing for its development in conservation areas not previously accessible for development.
Most geothermal potential in Indonesia is in or close to forest areas. This has raised societal concerns about environmental and social impacts, especially in forests that play an important role in supplying fresh water, harbor endangered wildlife, or have high cultural or religious values. Environmental and social impacts and risks associated with geothermal power development are complex and significant and the degree to which these risks and impacts vary between geothermal power projects is not well understood.
A new study, Rapid Environmental and Social Assessment of Geothermal Development in Conservation Forest Areas of Indonesia was undertaken to build a better understanding of environmental and social risks from the perspective of both the Ministry of Energy & Mineral Resources and the Ministry of Environment and Forestry.
"Both ministries could build upon the rapid assessment tool and use it for prioritizing and planning geothermal project development in conservation forest areas. The tool is also being used to screen geothermal prospects to be included in the Geothermal Energy Upstream Development Project, an ongoing government exploration drilling project supported by the World Bank." Muchsin C. Abdul Qadir, Energy Specialist at the World Bank explained.
Findings
The key finding is that project access roads are the major cause of social and environmental risks and impacts associated with geothermal power development in forest areas. Geothermal energy projects in Indonesia on average require longer access roads than projects in other countries with similar capacity - exhibiting nearly twice as much road construction, about 10 km of roads per 100 MW capacity versus about 5 km elsewhere - generating relatively high impacts on forests and wildlife. To get about 10 km of project access roads, 30 hectares of forest clearing is needed, while about 10 km2 of forest is indirectly impacted through the effects of road-facilitated hunting, illegal logging, use of fire, and other detrimental activities.
This is likely related to the remote forested and mountainous terrain in which many geothermal projects have been established in Indonesia and the low density of the pre-existing rural road network, thus requiring the construction of lengthy new access roads. The report also found that the wider the roads the greater the environmental impacts. Therefore, the management of road access is crucial to mitigate the risk of increased pressure on forests and forest wildlife.
The report recommends that projects which require the construction of access roads deep into forest areas should be avoided, especially if they go into core zones of conservation areas. Indonesia should develop regulations that minimize road widths and clearing around roads and include requirements for installation of faunal crossing culverts and overpasses and high-quality road base or asphalted roads with good drainage that require less forest canopy opening.
Although the risk level of geothermal power development in Indonesian forest areas varies greatly depending on a range of social and environmental factors, the report advises that ignoring these risks significantly increases the costs of geothermal power development. It recommends that government institutions, project developers, and financiers use this World Bank risk assessment in the prioritization of areas for development, focusing first on project sites with low risks and high potential capacity.
Prepared by Charlotte Ampaire