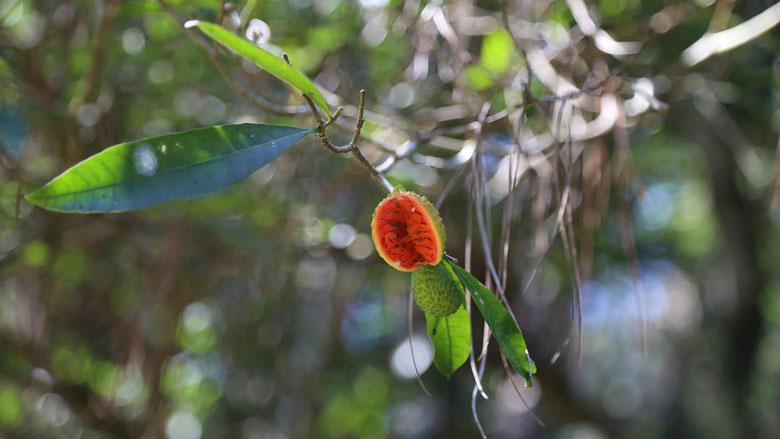 The Atlantic Forests in Eastern Paraguay have been largely destroyed, with only 15% remaining in protected areas, farmland, indigenous communities’ communal land and private reserves.  This remaining forest is under increasing pressure from a variety of forces, including the expansion of intensive agriculture (soy plantations), use of forest biomass as a cheap energy source (by the agroindustry and rural communities) and subsistence agriculture. The current forces affecting the Paraguayan’s landscapes are likely to increase the rate of deforestation and forest degradation in the country, affecting biodiversity, food and energy sources, and likelihoods of local communities and indigenous peoples.

This project will allow to follow-up on the results and lessons learned from the GEF Project Conservation of Biodiversity and Sustainable Land Management in the Atlantic Forest of Eastern Paraguay (P0944335), which has successfully implemented a large number of restoration and reforestation projects with small farmers and indigenous communities from about 200 communities and 55 municipalities in the Atlantic Forest Corridor. This activity will also maintain the on-going policy dialogue on forest restoration and governance with the Government of Paraguay, ITAIPU, the National Forestry Institute (INFONA) and National Indigenous People Institute (INDI).

The main elements of this activity are as follows:

1. Paraguay Atlantic Forest Corridor Threat Assessment. Analyses and evaluation of current and projected trends causing the deforestation in two biodiversity rich areas of the Atlantic Forest Biodiversity Corridor. Such analysis will build on the latest technical studies and those prepared under the Paraguay Biodiversity Project, and information in land use change in forest target areas for biodiversity conservation and livelihoods of local communities (indigenous and rural farmers); analysis of the benefits of forest services and forest restoration to reduce poverty and conserve biodiversity, current forest governance issues and application of forest regulations in the area.

2. Corridor Dialogues.  With the results of the in-depth assessment, this activity will provide support to the Ministry of Environment, INFONA (Forestry National Agency) and ITAIPU to engage in a series of Corridor Dialogues with key indigenous communities’ leaders, forest sector authorities, policymakers and stakeholders across sectors, with the aim of reaching consensus on possible mechanisms to improve forest governance, increase conservation and sustain livelihoods of poor indigenous communities in two key biodiversity areas.

3. Plan for Conservation and Restoration of Two High Biodiversity Areas of the Atlantic Forest Corridor. This will include the development of the roadmap for improving coordination among the different institutions and stakeholders of the Corridor; a report on the possible options and mechanisms to promote restoration with native species of high biodiversity and economic values in target areas of the Atlantic Forest Corridor and for improving local likelihoods of rural and indigenous peoples; and identification of potential instruments for sustainable landscape restoration with the participation of the private sector (agribusiness).  In addition, an investment plan will be developed for reforestation of high biodiversity value areas in the Corridor and to support landscape restoration projects that can support income to local communities and their likelihoods.

4. Workshops with the participation of indigenous communities, farmers, representatives of the environment and forest sectors, NGOs, national cross-sector policymakers, and others. To date, this activity has carried out three workshops on governance, one dialogue, and five meetings with local stakeholders. More than 100 people have been consulted, of which about one third are women.

This activity is ongoing. Preliminary findings of this activity show that San Rafael, despite the increasing threats and risks over forest land, is still home of biodiversity. The park is home to 427 bird species, which about half of the number for the whole country.  The main risks affecting forest conservation in San Rafael are linked to illegal cutting of precious woods (guatambú, lapacho, cedro y laurel) by farmers, external buyer, indigenous communities.  There is an urgent need to improve governance and presence of government officials as currently, legislation enforcement is limited. The use of Environmental Management Plans as part of EIA licenses are some of the instruments used to cut the forest in San Rafael.

Implementation has been adjusted due to adverse weather as well political events in Paraguay. However, it is likely that this project had a positive influence on the government’s decision to create new legal categories for conservation areas, namely Biological Corridors and Indigenous Peoples’ Reserves.