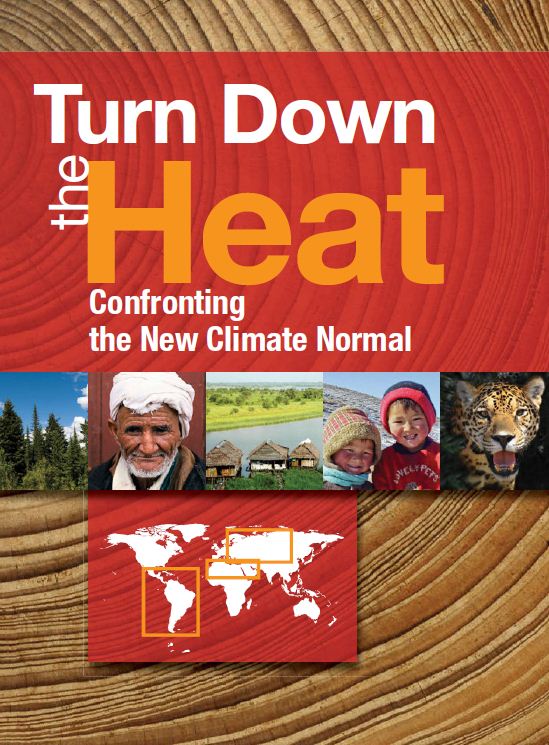 There is growing evidence that the Earth’s atmospheric system is locked in to warming close to 1.5°C above pre-industrial levels due to past and predicted emissions of greenhouse gases. As the planet warms, rare climatic conditions - heat and other weather extremes which occur once in hundreds of years - would become the “new climate normal.”

To better understand the possible impacts of present day (0.8°C), 2°C  and 4°C  warming on agricultural production, water resources, cities, and ecosystems, PROFOR supported the third Turn Down the Heat report that explores ecosystem shifts and impacts in Latin America and the Caribbean, the Middle East and North Africa, and Eastern Europe and Central Asia. PROFOR’s support allowed for greater investigation into forest-specific impacts and for broad dissemination of the findings in those regions.

In Latin America and the Caribbean, heat extremes and changing precipitation patterns will have adverse effects on agricultural productivity, hydrological regimes and biodiversity. In Brazil, at 2°C warming, crop yields could decrease by up to 70 percent for soybean and up to 50 percent for wheat. In the Middle East and North Africa, a large increase in heat-waves combined with warmer average temperatures will put intense pressure on already scarce water resources with major consequences for regional food security. In the Western Balkans and Central Asia, reduced water availability in some places becomes a threat as temperatures rise toward 4°C. Melting glaciers in Central Asia and shifts in the timing of water flows will lead to less water resources in summer months and high risks of torrential floods.

Ecosystem shifts that are projected with increasing temperatures and changes in precipitation patterns will significantly diminish ecosystem services. In Russia, boreal forests are at risk of increasing disturbances such as fires and pests, which could lead to widespread tree mortality. Forest dieback and thawing of permafrost in northern Russia threaten to amplify global warming as stored carbon and methane are released into the atmosphere, giving rise to a self-amplifying feedback loop.

In the Amazon rainforest, projected increases in heat and drought stress, together with continuing deforestation, substantially increase the risk of large-scale forest degradation. This could turn this carbon sink of global importance into a source of carbon; this has already been observed as a consequence of the severe droughts in 2005 and 2010 when scientists estimated that the Amazon faced a decrease in carbon storage of approximately 1.6 Pg carbon (2005) and 2.2 Pg carbon (2010) compared to non-drought years.

In sum, the report documents the urgent need to address climate change head on and reverse present trends. It argues that economic development and climate protection can be complementary. The full report, executive summaries and multimedia are available here.

Turn Down the Heat reports are prepared for the Word Bank by the Potsdam Institute for Climate Impact Research and Climate Analytics, provide snapshots of the latest climate science.