Home » Where we work » Central African Republic: Review of Economic Potential of the Forest Sector 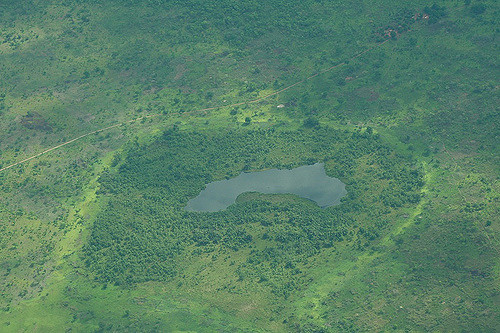 The commercial forestry sector in the Central African Republic (CAR) has considerable potential to attract private investment and contribute to economic development. CAR’s productive forests are governed by sustainable management plans and they still offer a wealth of harvestable species for which there is substantial demand on international markets.

Prior to 2013, the forestry sector represented over 6 percent of GDP, roughly half of total exports, and about 10 percent of state revenues. It also provided some 4,000 direct jobs and 6,000 indirect jobs. Under the country’s revenue-sharing framework, forestry companies were required to pay local communities about FCFA 1 billion per year. The forestry sector’s legal and regulatory framework is exceptionally strong, both by the standards of comparable countries and relative to other economic sectors in CAR, and the country has actively participated in international certification systems and multilateral efforts to combat climate change.

However, the 2013 political crisis largely halted activity in the forestry sector. Nearly all forestry companies suspended operations, and most suffered a significant degree of property damage and looting. To facilitate the sector’s recovery an analysis is needed to understand the current state of the forestry sector and key steps that the government can take to normalize operations.

This PROFOR grant was used to support a single study to analyze:  1) the state of forest resources and commercial forestry; 2) institutional arrangements for sustainable forest management; 3) forestry laws and related fiscal instruments; 4) the role of the forestry sector in the national economy and the impact of political crisis; and 5) legality, traceability and the FLEGT process as it applies to CAR.

The key output is a report, The Commercial Forestry Sector in Central African Republic, which identifies the following priorities for operations and increasing fiscal revenues:

The findings have helped Congo Basin countries better understand the diversity of factors of deforestation --beyond logging -- and the impact of indirect external factors such as global commodity demand. They also contributed to the Central Africa Policy Notes developed as a basis for World Bank re-engagement with the Government of CAR following the political crisis. The knowledge generated from this activity is critically important as Congo Basin countries prepare their REDD+ and broader development strategies.