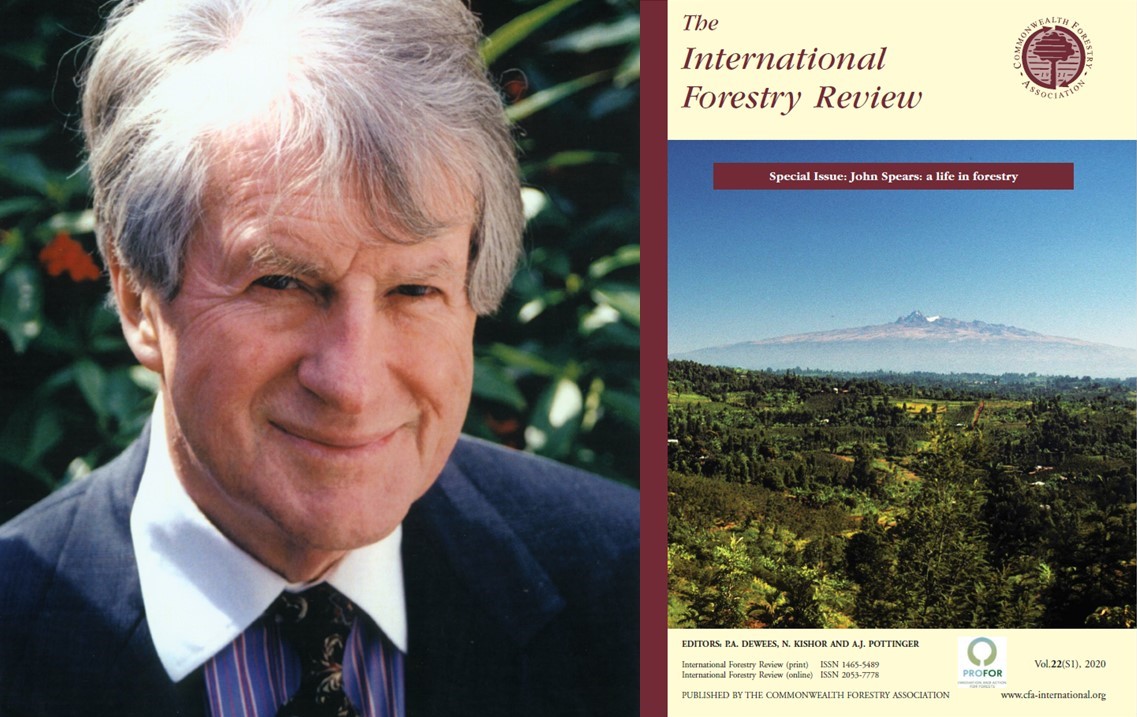 John Spears, known to many readers of this journal, passed away in September 2018. John’s long career and his influence on much of the international discourse in many areas of forest policy are well known and widely appreciated. The International Forestry Review acknowledged this by publishing a remembrance of Spears and his life’s work in the March 2019 issue (Lele et al. 2019).

As that article noted, Spears’ contributions to thinking about forests, trees and sustainable development were extensive and influential. They resulted in significant actions taken both by the institution with which he is most strongly associated – the World Bank – as well as by other development agencies, governments, the private sector, and research and academic institutions.

The objective of this Special Issue of the International Forestry Review is to honour Johns’ legacy, impact and his career. We wanted to do this by inviting well known scholars of forest policy and practice to reflect on some of the significant advances which have improved our understanding of the dynamics that have shaped actions in a wide range of areas of relevance to forests, trees, and sustainable development – in ways John first began thinking about over 65 years ago as a young forester in the Colonial Forest Service. In addition, we challenged the writers to articulate how the future might look, especially how continuing challenges to forest and landscape management might be met. In doing so, we were hoping to capture some of John’s practical and deeply felt optimism. He saw it as very counterproductive and off-putting to present policymakers with fatalistic studies reporting actions needed in battles which were already mostly lost. It served no purpose, and he tended to look far beyond narrow and gloomy predictions to chart a course ahead.

The long arc of John’s career paralleled growing global interest and concern about the role of forests and trees in developing economies. It would be difficult to discuss John’s impact and legacy without reflecting on his career, and how his thinking and his approach was very much a response, practically rooted, to what he saw on the ground.