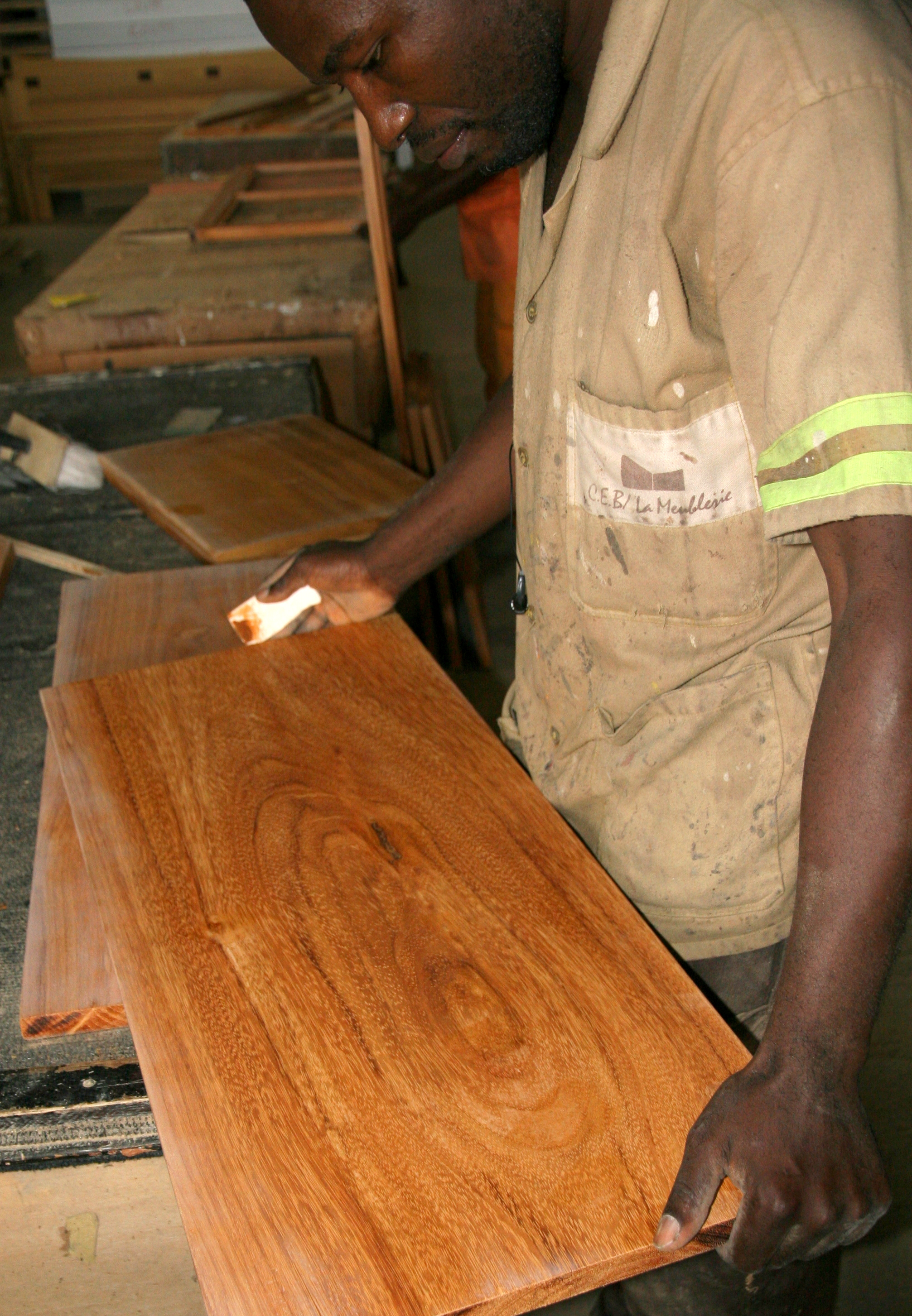 Moving towards sustainable timber markets in the forest-rich Congo Basin

More wood is consumed in Africa than in any other region – about 700 million cubic meters’ worth, most of which is supplied through unsustainable harvesting.[1] While the largest demand is for fuel wood for heating and cooking, demand for timber products like furniture, doors and construction materials is also on the rise.

The countries of the Congo Basin are no exception to these trends. Unfortunately, these developments are placing increasing pressure on the region’s natural resources – including the world’s second largest tropical forest, which is home to endangered species like forest elephants, bonobos and chimpanzees, and provides water, food and shelter to some 75 million people.[2]

The dilemma facing governments, the private sector, and development organizations is how to reconcile growing demand for wood with the sustainable management and protection of the Congo Basin forest. PROFOR has consistently supported the World Bank in building a better understanding of this complex challenge, including in the 2013 report, Deforestation Trends in the Congo Basin: Reconciling Economic Growth and Forest Protection. Building on this previous work, a new study takes a closer look at the domestic markets for timber products in the Democratic Republic of Congo (DRC) and Cameroon, with the goal of eventually expanding domestic markets for legal - and sustainable - timber.

Besides conducting a literature review, the research team interviewed managers in 938 joinery workshops and 112 furniture shops in three different cities: Yaoundé and Douala in Cameroon, and Kinshasa in DRC. They found that these urban timber markets are dominated by informal small and medium-sized enterprises (SMEs) that often lack permits and sufficient access to equipment, access to training, or capital – all of which leads to missed opportunities, not least in the area of job growth.

“Timber represents a large and important sector for these economies,” said Gillian Cerbu, Natural Resources Management Specialist at the World Bank. “It’s important for job creation and for supporting locally made products. Governments ought to be helping workshops to add value to their products, instead of sending jobs and profits overseas. But governments have no means to identify and assess the real size and importance of the sector, so there is little interest in developing and professionalizing it in order to attract international investors. At the same time, forest and environment ministries are typically not as strong as mining or oil and gas ministries, so this cycle becomes a negative feedback loop.”

In fact, Cerbu and her colleagues hope that their report will get the attention of policymakers precisely by highlighting just how significant urban timber markets really are. Their study found that, across Yaoundé, Douala and Kinshasa, they generate about USD 15 million annually and employ at least 5,000 people - not including the probably thousands of others employed on a part-time basis.

“This was the first time that a survey of this scale had been carried out, the first time that we put a figure on this sector in the urban markets of these two countries” said Guillaume Lescuyer, Scientist at the Center for International Forestry Research (CIFOR). “The Ministry of Forestry in DRC was very interested in our findings.”

Not only is the timber industry booming, but the team found that consumer preferences in DRC and Cameroon are increasingly being shaped by globalized market forces.

“There is fierce competition with European and Chinese furniture, especially in DRC,” said Lescuyer. “This was the not the case a decade ago. Imported furniture answers some expectations that consumers have, especially among the growing middle and upper class. In terms of price, imported products are not that expensive, even if they are of a high-quality.”

However, the team confirmed that customers very rarely asked for evidence that a product was made of legally sourced timber: in their survey, only 0.5% of the traded volume of wood fell into this category.

“What we need to do now is to create awareness to convince middle and higher income consumers to buy nationally made furniture,” said Lescuyer. “People mainly become sensitive to legality and sustainability as their incomes increase. But waiting for private consumers to join the middle class can take a long time, whereas public demand can be changed relatively quickly - for instance, by setting standards for public and private procurement. The problem then becomes that of lobbying public markets to favor legal sources.”

Besides raising awareness among consumers about the importance of supporting local, legal markets, the report suggests trying to shift consumer preferences through the European Union’s current round of Forest Law Enforcement, Governance and Trade (FLEGT) Voluntary Partnership Agreement negotiations with DRC and Cameroon. The Agreement requires wood to be of legal origin, not only if it’s imported into Europe, but also if it’s sold on domestic markets—although this piece has been much harder to enforce. Nevertheless, the revision of the forest and timber legal framework is a chance to enforce the legality of timber in the informal sector.

In addition, the report recommends steps like reducing the bureaucratic hurdles that prevent industrial players from entering the domestic market, and helping small workshops to professionalize and transition to the formal sector:

“The motivation for this report was to come up with recommendations, especially business-oriented ones, for small companies to get some support - if not to become legal immediately, then at least to take some measurable steps towards the formal sector,” said Clément Chevignon, Acting Project Manager at ATIBT.

Moreover, the report aims to guide governments in making these investments.

“It can also be a tool for governments’ action plans,” explained Chevigon. “The report recommends a stepwise approach to initiate a win-win solution for both the state administrations and small businesses. It calls for using training and the creation of wood processing clusters on one hand, and facilitating the transition to formality on the other. Artisanal companies employ young people without any regulated salary or security. We are trying to help the overall sector move towards fair competition, both at the industrial and small scales. SMEs and large companies are two faces of the same coin according to the economic value-added brought by the timber sector; but only one is regulated and paying taxes, while the other flies under the radar and should be given the opportunity to grow and formalize.”