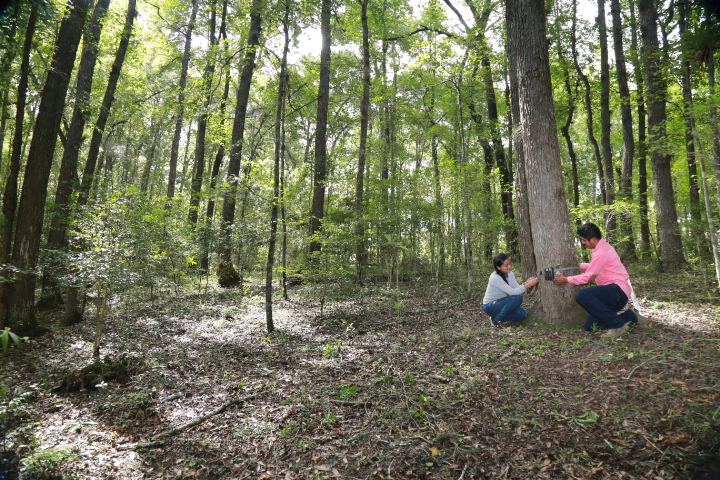 In Mexico, payments for ecosystem services benefit forests and communities

Water. Clean air. Biodiversity. Nutrient-rich soil. These are all forest ecosystem services that have value for the economy, society and wellbeing, but because we tend to take them for granted, forests are often exploited unsustainably for short-term gain.

One way around this market failure is to enact regulations protecting forests. Another approach is to reward those living near forests for managing natural resources in a sustainable way. This is the principle at the heart of Payment for Ecosystem Services (PES) programs.

But despite a growing number of PES schemes around the world, there is little statistically rigorous evidence about the effectiveness or consequences of the PES approach. A new impact evaluation of Mexico’s national PES program – one of the oldest and largest incentive-based conservation initiatives in the world - is helping to fill that knowledge gap.

In 2003, Mexico’s National Forestry Commission (CONAFOR) launched the Payment for Hydrological Services Program (or PSA, for its Spanish acronym). The PSA provides communities with economic incentives to conserve and manage forests. Deforestation and forest degradation are critical challenges in Mexico, which lost nearly 8 percent of its forest cover between 1990 and 2010 – a significant cost given that millions of people depend on forests for their livelihoods.

Although the PSA has undergone numerous evaluations since it started, it has also evolved significantly over the years. Recently - with funding from the Mexican Government and the i2i Program supported by the United Kingdom, as well as a grant from the Program on Forests (PROFOR) and technical expertise from the World Bank and economists Jennifer Alix-Garcia at Oregon State University and Katharine Sims at Amherst College - CONAFOR conducted an impact evaluation to find out how more recent cohorts of households and communities were responding to the financial incentives.

The findings are striking. The PSA grants to communities are modest – on average roughly USD $24 per hectare of land enrolled, with a cap of 3,000 hectares - yet researchers found that participants took on significantly more forest management activities compared to the control group. For instance, participating communities were more active in patrolling against deforestation, building fire breaks, and fighting soil erosion. And despite being restricted in how they can use forested lands, PSA participants do not appear to be economically worse off.

In fact, PSA communities appear to gain in many aspects, notably community social capital. This is a particularly important result for a PES scheme, as Jennifer Alix-Garcia, a lead researcher for the study and professor of applied economics at Oregon State University, explained:

“Ever since PES programs have started, there have been concerns about undermining the social norms of collective action, deterring people from voluntarily conserving ecosystems, and causing tensions by distributing payments. But when we look at different measures of social capital, they either stay the same or increase. There’s 20-25 percent more investment in infrastructure that benefits everyone, like a community meeting house or a village vehicle. We also see marginally positive effects on peoples’ willingness to lend to other one, so there’s trust within the community.”

Not only do the results validate the importance of the PSA, but they will directly influence how the next iteration of the program is carried out. Notably, the data on forest cover change showed that the PSA had the greatest impacts where the risk of deforestation was high. This points to the need for additional targeting of participants, so that areas with a high risk of deforestation are prioritized over areas where forests are likely to remain intact without any intervention.

The study’s findings will also influence Mexico’s broader forest policies, confirmed officials with CONAFOR’s departments for General Planning and Information Coordination, and Planning and Evaluation. “They demonstrate that the program contributes to strengthening communities’ social capital, which is very important for their empowerment, allowing them to identify and manage their own sustainable development processes,” said Jorge D. Fernández Medina, Guillermo Muñoz Galindo, and Sofía Romo Monroy in written comments. “The results will contribute to planning instruments for the years 2019-2024, such as the National Development Plan and the National Forestry Program (PRONAFOR).”

This research may also generate greater interest in impact evaluations related to environmental management efforts. “Mexico’s PES program is the first to be evaluated with a regression discontinuity design,” said Victor Hugo Orozco Olvera, study co-principal investigator (PI) and economist with the World Bank’s Development Impact Evaluation Unit (DIME). “This methodology comes close to a randomized control trial, which is currently the most statistically precise way of determining whether the outcomes we see are truly caused by a given intervention. So far, it’s been challenging to carry out impact evaluations on land conservation policies, so this study really breaks new ground.”

The one question that the researchers were not able to answer is whether the PSA reduced rates of deforestation in the long run, particularly after the five-year contracts with communities came to an end. “There is a gap between what we can learn from current remote-sensing data designed for large scales, and what we would like to know about what is happening at the parcel level,” said PIs Alix-Garcia and Sims. “If we’re really worried about tropical forests, then investing in deforestation monitoring systems could really improve the efficacy of PES programs.”