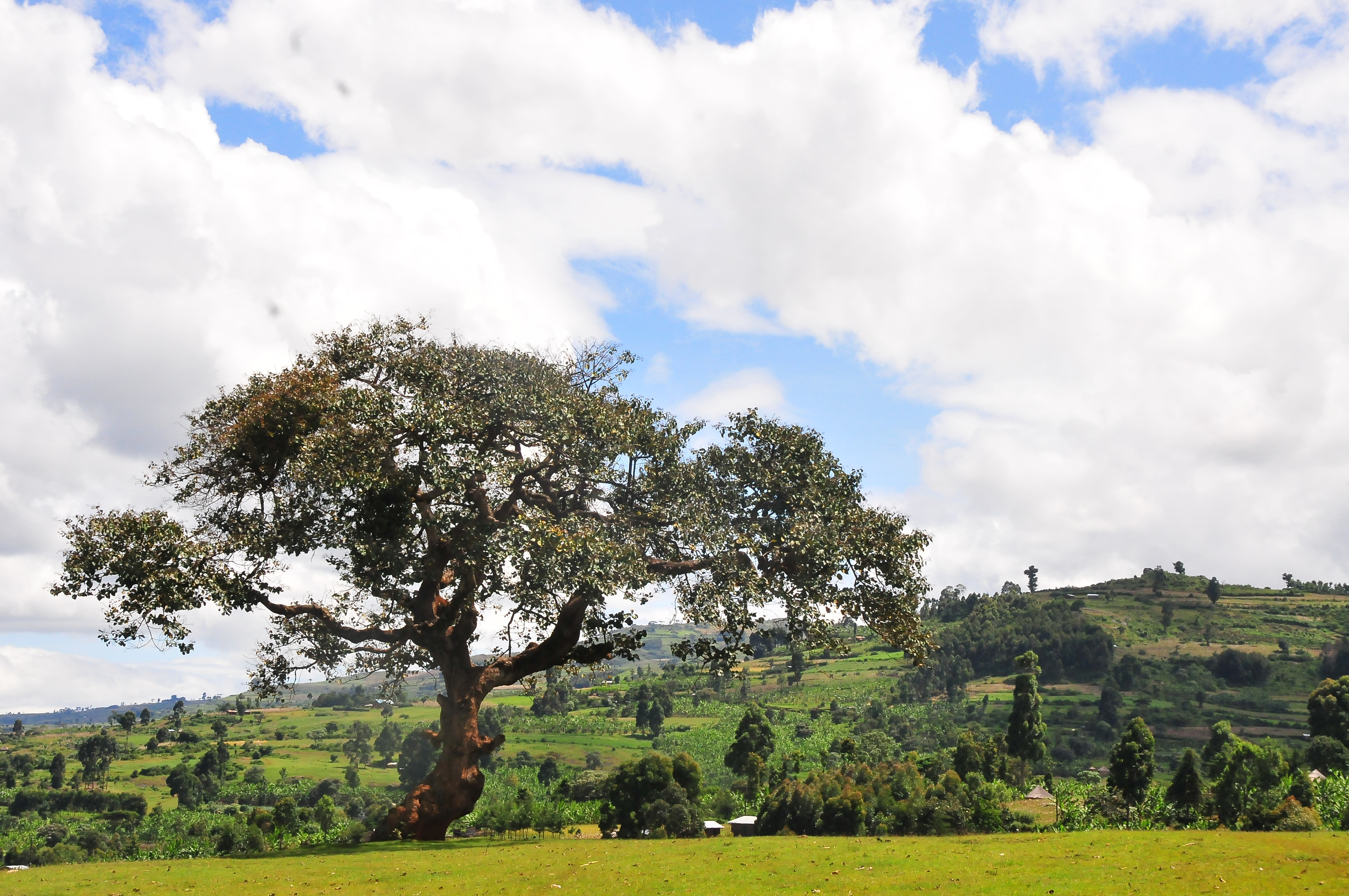 Prevalence, Economic Contribution, and Determinants of Trees on Farms across Sub-Saharan Africa

Trees and smallholder agriculture - a household perspective from Subsaharan Africa

It's not just forests that matter: In Africa, trees on farms provide substantial benefits

Forests have a key role to play in reducing poverty: around the world, millions of people depend on forests for employment, food, shelter and cooking fuel. But what about the benefits of trees outside of forests? New evidence from Sub-Saharan Africa suggests that growing trees on farms is a widespread practice, and that trees can provide critical contributions to rural incomes.

Before reaching these conclusions, however, the research team needed to answer a deceptively simple question: What is a tree?

“We found that there’s not one commonly understood definition of ‘tree’, which surprised us,” said Daniel Miller, Assistant Professor at the University of Illinois, who co-authored the study with Juan Carlos Muñoz Mora, post-doctoral Research Fellow at Pompeu Fabra University in Barcelona, and Luc Christiaensen, Lead Agriculture Economist with the World Bank Jobs Group. “There is a biological definition but we had to ask, is a banana a tree? Is a woody tuber like cassava a tree? How high does a tree have to be to be classified as such?”

To find an answer, the team examined biological descriptions and characteristics of plants, consulted the Encyclopedia of Life, and held discussions with experts from the World Agroforestry Center (ICRAF), Global Forest Watch (GFW), and the International Forestry Resources and Institutions (IFRI) research network. They then created an original classification system that could be applied to the large-scale household surveys being undertaken as part of the Living Standards Measurement Study - Integrated Surveys on Agriculture (LSMS-ISA).

Analysis of these nationally representative survey data from Ethiopia, Malawi, Nigeria, Tanzania and Uganda finds that, on average, nearly one third of rural smallholders have at least one tree on their farm. Prevalence is especially high in Tanzania, where over half of farmers grow trees on their farms, predominantly for fruit, timber and other cash crops. Across all five countries, 60 percent of trees on farms are grown in areas with other crops, highlighting the frequent use of agroforestry methods.

Trees on farms are not only prevalent, but also contribute to incomes. Across the rural population as a whole, trees on farms only make up about 6 percent of total annual gross income. However, for households growing trees on their farms, this contribution jumps to an average of 17 percent. By comparison, households in Africa living near forests are thought to derive some 21 percent on their income from natural forests and plantations. Thus, whether used for consumption at home or sold for cash, trees on farms and their products are clearly an important source of earnings that has long gone unrecognized.

Another significant finding from the study is that most farms with trees are located within 10 kilometers of a forest. This proximity suggests that, rather than viewing agriculture and forests as conflicting land uses, they could be compatible across broader landscape management efforts. Indeed, given further research, farms could potentially play a bigger role in promoting conservation and maintaining ecosystem services.

“The impetus for this research was that we didn’t have national-level information on the prevalence of trees on farms and their contribution to incomes in countries in Sub-Saharan Africa,” Miller noted. “A lot of local level case studies suggest that trees on farms are very important. So we married the need for national scale data with the availability of the LSMS-ISA surveys, based on a hunch. A study at this scale had never been done for forests or trees on farms, only for agriculture.”

“There are two ways that trees on farms are normally measured,” explained Muñoz-Mora. “The first is through general, macro-level studies using satellite pictures to draw out trends across regions or countries. The other way is to look at specific case studies within those regions, like with the Poverty and Environment Network (PEN) data compiled by the Center for International Forestry Research (CIFOR). Until now, no one had thought to use nationally representative surveys to analyze trees on farms. But it led to a really beneficial partnership between PROFOR and the LSMS-ISA.”

The team is currently working with GFW to publicly share their tree classification system for use in further research. Eventually they hope to accumulate enough data to gauge how trends about trees on farms are changing over time within certain countries. Ultimately, their results are intended to raise the profile of trees on farms to complement policies on forests and agriculture.

“Overall, this research suggests that trees on farms should no longer be overlooked in policymaking in Africa,” Miller said. “The role of trees is starting to be recognized on national policy agendas, for instance with the Great Green Wall. Our study now brings hard, national-scale data about the significance of trees on farms that can help advance such discussions. Developing new policies to support growing trees is important, particularly in an era of climate change.”