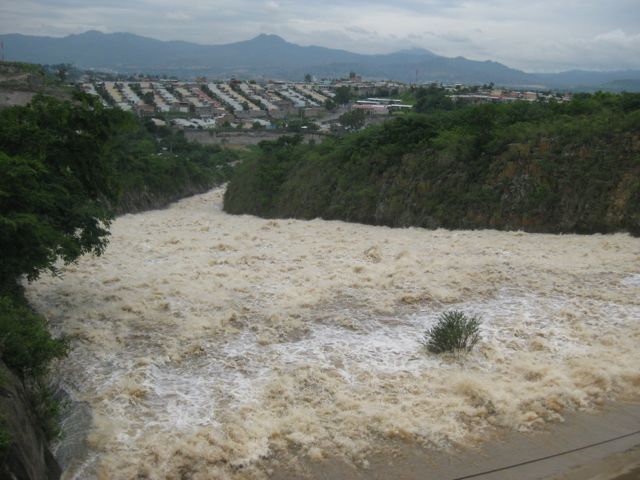 How Forests Enhance Resilience to Climate Change: The Case of Drinking Water Supply in Tegucigalpa, Hondura

In Brief: Honduras the Case of Drinking Water Supply in Tegucigalpa

In the Face of Climate Change, Investing in Forests Promises to Strengthen Water Supply Resilience in Tegucigalpa

A rising number of cities around the globe are facing crisis-level constraints in water access, highlighting the pervasive and immediate consequences of climate change. Honduras’ capital, Tegucigalpa, is one such flashpoint. The city’s water utility currently meets less than half of residents’ demand for water – some of the city’s one million residents receive water only once a week.

Tegucigalpa’s problems have followed a common pattern: urbanization and population growth are rapidly increasing the demand for resources, while also encroaching on the natural systems that provide those resources. As in other cities, forestland around Tegucigalpa has rapidly diminished, revealing the high costs of losing forestland for water supply and for resilience in the face of the changing conditions created by climate change more broadly.

A recent paper by PROFOR in collaboration with CATIE and CIFOR looks at the potential role of forest preservation and restoration to reverse this pattern, boosting Tegucigalpa’s water supply and making it more resilient in the face of climate change.

Access to water is limited across Honduras. In rural areas, only 77 percent of the population has access to water and only 15 percent has access to drinking water. In Tegucigalpa, as in other parts of the country, urban sprawl and agricultural expansion have encroached on the forestlands that support surrounding watersheds in collecting and retaining rainfall. Deforestation decreases water infiltration, which lowers base flow, and increases runoff and therefore soil erosion too.

In addition, climate change is expected to increase temperatures and decrease rainfall in Honduras through 2050, exacerbating water shortages. A national study on future climate change scenarios suggests a 5 percent decrease in annual rainfall by 2020 alone.

Honduras’ water problems are made worse by the country’s exposure to hurricanes and tropical storms, which have disseminated forests and directly destroyed reservoirs, pipes and other water infrastructure. The destruction by Hurricane Mitch, in 1998, and by other extreme weather events of Honduras’ water systems and other public services vital to daily life was so extreme that from 1992 to 2011 Honduras ranked third on a global climate risk index.

Previous plans to improve water access in Tegucigalpa focused narrowly on infrastructure investments, for repairing or building new reservoirs and pipelines. But in 2011, the water utility expanded its approach, outlining a plan to increase the amount of water coming from the Guacerique watershed by also strengthening protections for and replanting forests surrounding the reservoir – a strategy commonly referred to as ecosystem-based adaptation.

Specifically, the water authority’s $4.2 million water management plan called for reforesting 1,236 hectares around springs and creeks, reducing illegal timber extraction on thousands of hectares of forest reserves, improving soil quality on 2,000 hectares of farmland, and creating 100 hectares of fuel wood plantations. Although the plan received ministerial approval in 2012, the water utility has not yet been able to obtain adequate funding to implement it.

The PROFOR study assessed the potential benefits of such an approach, confirming the clear financial benefits of the plan. After matching the primary data collected with multiple climate change scenarios, the study estimated that Honduras could expect a net economic benefit of between $28 million and $76 million, depending on the severity of climate change on rainfall and soil erosion. This calculation was based on the economic value of increasing water flow into the reservoir and reducing sedimentation and water turbidity in the reservoir.

Diji Chandrasekharan Behr, a Senior Natural Resource Economist at the World Bank who oversaw the report, says the research established the benefit of combining investments in the reservoir and the surrounding forests.  “The research quantified the additional amount of water that could be retained by the reservoir if surrounding forests are restored under different climate scenarios, and juxtaposed these figures with the costs of increasing water availability through infrastructure improvements alone,” said Chandrasekharan.

Through the National Development Plan, climate change is firmly on Honduras’ national agenda. The findings from the case study are being shared with those who can inform future action on investing in forest conservation and restoration to safeguard Tegucigalpa’s water supply.