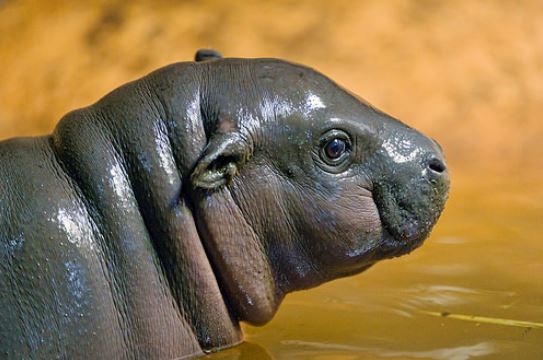 It isn’t difficult to put a monetary price on gold or diamonds: there are formulas and financial institutions in place for just that reason. But what is an ounce of these minerals worth when the unit of value is not dollars and cents, but area of high-quality habitat for pygmy hippos and forest elephants?

That’s the complex question that one World Bank Group team is trying to answer for Liberia, as the country emerges from a deadly epidemic of Ebola Virus Disease (EVD) that caused over 4,400 deaths and widespread hardship. In the wake of the outbreak, Liberia’s real GDP growth for 2014 fell far short of projections, increasing interest in how Liberia’s largely-untapped natural resources could contribute to the country’s economic growth and socio-economic development.

But Liberia also has wealth of another sort: the last extensive forest area in West Africa. The vast majority of the remaining Guinean Rainforest is found in Liberia, and it houses a remarkable array of biodiversity, much of it endemic to the area. Not only is biodiversity crucial for maintaining ecosystem functions, but well-managed natural resources can also play an important role in poverty alleviation.

However, many of Liberia’s plant and animal species are already under threat as a result of two civil wars; ongoing logging and other activities linked to deforestation; uncertain land rights; and an extensive trade in bushmeat. Expanding the mining sector, while lucrative in the short term, would likely devastate an increasingly fragmented and vulnerable forest ecosystem – are these competing demands irreconcilable?

A last-resort but viable solution is to set up a biodiversity offset scheme, suggests a new World Bank Group report, financed by the Extractives 4 Development trust fund and The Program for Forests (PROFOR). An offset program would create measurable conservation outcomes, designed to compensate for negative impacts to biodiversity caused by industry and development. In this case, a mining company would have to not only mitigate the environmental impacts of its activities, but also purchase conservation credits to maintain another habitat of equal (or greater) significance in terms of biodiversity.

Importantly, the report recommends taking a national approach using a common methodology, so that protection efforts are coordinated, cohesive, and don’t undermine the rights of landowners and local communities.

In her remarks at a panel discussion on March 26, 2015, Inguna Dobraja, World Bank Group Country Manager for Liberia, noted, “Beyond the aspiration of doing no harm, the development of mineral resources in Liberia, accompanied by national biodiversity offsets, can help secure the long term protection of biodiversity resources on which the poor and vulnerable are so dependent.”

Representatives from the Government of Liberia, the mining industry, and environmental groups also voiced their support for the offset scheme during the discussion.

“This venture creates harmony between foreign direct investment and forestry, with people at the center of it all,” said Anyaa Vohiri, Executive Director of the Environmental Protection Agency (EPA) of Liberia. “It will require national buy-in in order to succeed, with a clear presentation of conservation and economic benefits. It will also require serious capacity building for the EPA and the Forestry Development Authority.”

Moving forward, the next step is to establish a Conservation Trust Fund, through which companies can offset their impacts in exchange for biodiversity credits. The program may also be piloted on an agreed site – possibly in partnership with the UN’s initiative on Reducing Emissions from Deforestation and Forest Degradation (REDD+) - to work out any issues before considering scaling-up.