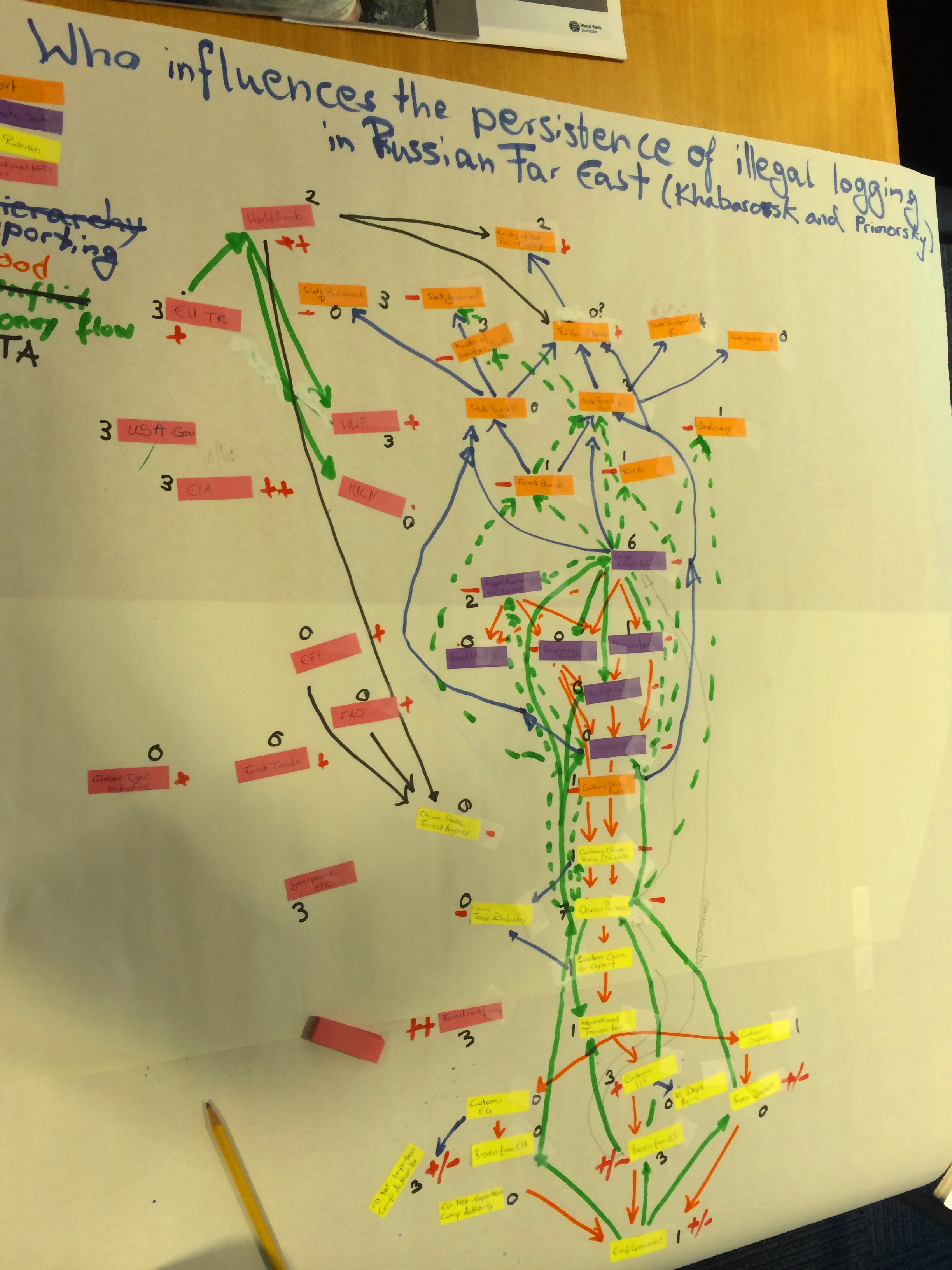 It’s no surprise to any development professional that social, political and economic realities often get in the way of a technically impeccable project. For Senior Natural Resources Economist Nalin Kishor, this truth became starkly evident during a mission to Cambodia, where illegal logging was rampant. Despite strong support from donors and conservation groups, and a system of independent forest monitoring approved by the government of Cambodia, corruption at multiple levels was contributing to widespread deforestation and forest degradation in the country. And yet when Kishor looked for analytical tools to help understand the political economy landscape of illegal logging, he found very little guidance that applied to the forestry sector.

“It’s important to come up with technical solutions, but people matter, and you can’t go to a statistical report to find solutions on changing human behaviors,” Kishor noted. “It’s not enough for stakeholders to be concerned about illegal logging – you need one language to be able to discuss an issue coherently and to find possible solutions. There is a tradition of political economy analysis in sectors like health and education, but in forestry the practice has yet to become widespread.”

To address this knowledge gap, Kishor led a report on The Political Economy of Decision-making in Forestry: Using Evidence and Analysis for Reform. The study broadly defines Political Economy Analysis (PEA) as “concerned with the interaction of political and economic processes in a society; the distribution of power and wealth between different groups and individuals; and the processes that create, sustain and transform these relationships over time.” A PEA can be informative at every step of project implementation, and if implemented at the beginning and the end, can also contribute to monitoring efforts.

Kishor and his team identified eight major PEA models, most of them supported by donors like DFID, Sida, and the Netherlands Ministry of Foreign Affairs, as well as other by development agencies including the World Bank and ODI. They evaluated each model along a number of criteria important for forestry projects, including: practicality; relevance for project planning; relevance for influencing stakeholders; relevance for monitoring and evaluation; robustness; and adaptability.

Only one of the eight PEA models – the Net Map Analysis, a participatory stakeholder mapping technique developed by Leadership Development Specialist Eva Schiffer – has ever been applied to forestry issues in the past. However, there is growing interest in using PEA in forestry and natural resource management projects at the World Bank. For instance, the Net Map methodology was applied by Philippines Government representatives at a knowledge exchange workshop on ecosystem accounting, held in Manila in February 2014 as part of the Wealth Accounting and Valuation of Ecosystem Services (WAVES) program.

“I was very excited to use the Net Map tool,” said Environmental Economist Stefanie Sieber, one of the workshop participants. “It opened up new ways of thinking and organizing the universe of different actors that are involved in a project, including stakeholders that we hadn’t thought about before. I think everyone who participated in the exercise found that it highlighted useful linkages in moving from technical aspects to policy, and in analyzing what was actually feasible.”

Now that The Political Economy of Decision-making in Forestry is completed, Kishor hopes that PEA will be applied much more widely to actionable situations involving governments and other stakeholders working towards sustainable forest management.