Home » Where we work » Commercial Reforestation Potential in Colombia 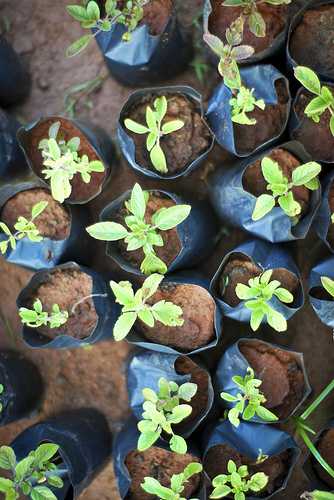 With over 60 million hectares (ha) of natural forests - slightly more than half of the country's land area - Colombia is considered heavily forested. The country's average annual deforestation rate is 280,000 hectares over the last decade (~0.5%). Native forests currently represent the main source of wood and fiber for communities and local industries.

However, commercial forestry in Colombia is still in very early stages of development. Recent estimates indicate that only around 300,000 ha are currently under commercial plantations, which is strikingly low compared to some of its neighbors, such as Chile (2.3 million ha), Argentina (1.4 million ha) and Uruguay (1 million ha). This situation is mainly due to decades of insecurity, which has discouraged development in rural areas and dampened investors’ interests.

Yet, with tremendous progress being made toward the consolidation of peace, this situation is likely to change rapidly. The development of commercial forestry is highly featured on the Government of Colombia's agenda for rural areas, and is identified as one of the pillars for economic growth and employment under the National Development Plan “Prosperidad para Todos 2011-2014.”

This PROFOR activity aims to support the Government of Colombia’s efforts to define the most appropriate model for commercial reforestation, developed in an economically profitable, socially inclusive, and environmentally-friendly way.

This activity was implemented in two phases: The first phase mainly consisted of analytical work targeted on four strategic areas: (i) zoning of the most promising areas for commercial reforestation; (ii) value chain analysis; (iii) institutional and policy framework; and (iv) transportation infrastructure. The second phase consisted of in-depth studies based on outcomes of the diagnosis exercise.

The diagnostic analysis mostly confirmed the anticipated technical issues and the relevance of the four strategic areas. Key elements to be covered under the in-depth studies were discussed with many stakeholders as part of the diagnostic process.

Sustainable reforestation is also receiving more and more attention across Latin America; this work was featured in an article in El País and in a PROFOR blog.

The final study identified a number of key findings, among them:

Outcomes from this activity have gained great visibility within the Colombian Government, and are also highly relevant for the World Bank's portfolio. International climate-related financing through the BioCarbon Fund has been made available to Colombia, and the government has confirmed that it would like to target this support in the Orinoquia region, where commercial plantations could be a key element.

PROFOR IS A MULTI-DONOR PARTNERSHIP SUPPORTED BY